New year’s always start with new resolutions and for the passionate travellers, something new should always be in the travel bucket list, so here are the prominent destinations to visit during your tour in Uganda in 2020 either for the first time or for a new reason. Known as the pearl of Africa and so for the beauty appreciated beyond borders, Uganda is blessed with diversity. The country is blessed with unique natural art ranging from the soaring mountains through the terraced hilltops to the pristine wilderness plains. Straddling the equator line within East Africa, where a tourist has a two-hemisphere safari experience within a single tourist Africa safari destination.

The largest lake in Uganda-Lake Victoria is the world’s largest continental lake. Lake Victoria is still the second world’s largest freshwater lake coming after Lake Superior. This is the biggest point with numerous beaches for relaxation, recreation and adventure while on safari in Uganda. For great conservation, the natural habitats of the country are conserved in 10 national parks each having a wonder to express and here is a brief on each of them and more of why you should Visit Uganda in 2020;

On visiting Kidepo using any of our numerous Uganda wildlife safari packages such as a 3 days Uganda safari to Kidepo Valley, 4 days Uganda wildlife safari in Kidepo & Murchison falls, you will realize that Kidepo, is one of the jewels that make Uganda truly the Pearl of Africa as per the words of Sir Winston Churchill in his book entitled “My African Journey” in 1906, due to its beauty and splendour and that’s why it’s commonly referred to as the “True African Wilderness”.

A Uganda trip to Kidepo Valley park puts on an exploration journey of a sprawling dry savanna grasslands that spans to cover 1442sq kilometres of land that is mainly dominated by the Mungole mountain and it further wide down into the Narus and Kidepo valleys with its lowest elevation being 999m or 3,278ft found in the Narus valley and the highest elevation is 2340m or 7707ft above sea level. The Narus valley is very essential to the existence of this park because it has the permanent Narus River which provides a constant water source to the wild game in this park all year round and also nourishes the grass in this valley hence ensuring the continued survival of the game in the harsh semi-arid conditions of Karamoja sub-region. 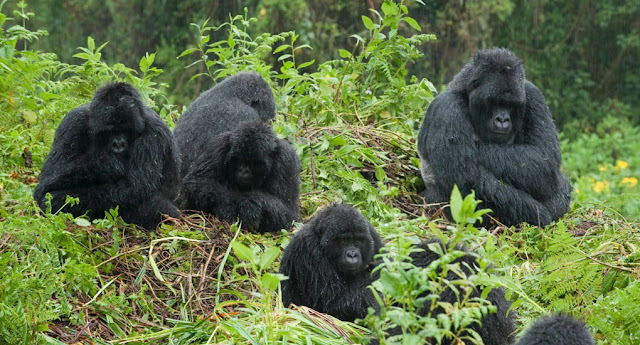 The most powerful waterfall in the face of the earth is in Uganda’s Murchison Falls National park. The waterfall is created by the world’s longest river-Nile river. This is the most creative art that will leave you feeling the worth of your trip to Uganda. The waters squeeze through an 8m gorge cascading 45 meters over the rift valley wall. 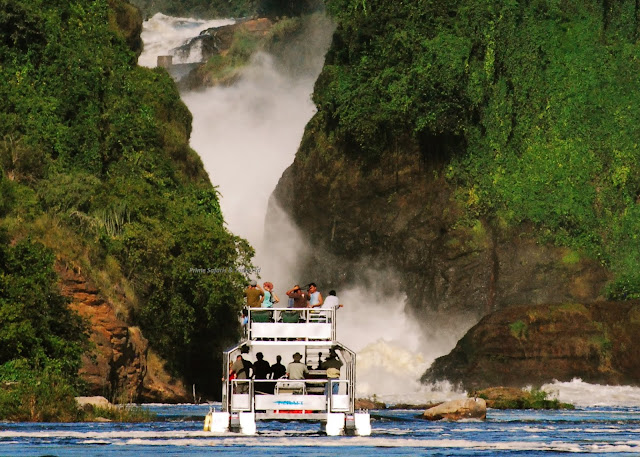 The closest representation of man in the wild is found in large numbers at Kibale National park with the chimpanzees that total to about 1450. They live in groups or families and sometimes they are referred to as communities. Just like it is with the gorillas, to see chimpanzees, you must acquire a Uganda chimpanzee trekking safari permit in order to enjoy the activity.

The world’s largest volcanic base 50-80km, with the largest intact caldera covering about 40km2, is located in Eastern Uganda on Mount Elgon. The mountain offers the best hiking experience for those who can’t take up higher adventure challenges of the Rwenzori’s.

For those who travel for beautiful memories-birders, Semuliki national park is a little version of a bird paradise. It’s home to 441 bird species about 34% of Uganda’s total. As home to the big 5 wildlife animals which are the Buffalos, Rhino, Elephants, Lions and leopards offers unrivalled Uganda Wildlife safaris.